Mother of two, lover of all things Disney and family travel agent at Vacationkids.com. In her free time Becca can be found either running her kids to activities or running a marathon
Find me on:
[fa icon="facebook-square"]Facebook [fa icon="twitter-square"]Twitter 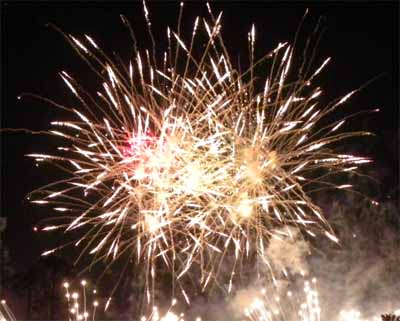 Recently one of my clients asked me about my experiences celebrating New Year's Eve At Disney World. I had told her that my family spent 5 nights there in 2014. She is planning a trip for her own family and wanted my honest advice. How was it?  It was and was not what I expected.  Will I do it again?  Yes!  Only there are a few things I will and will not do the same.

END_OF_DOCUMENT_TOKEN_TO_BE_REPLACED 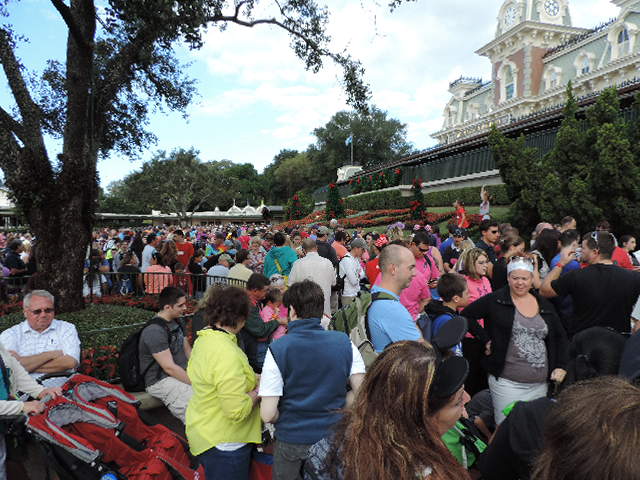 What To Do each day in Disney

You have been looking forward to your Disney vacation for months, maybe even years, and now you will be there in just a few short weeks.  So how can you get the most out of your magical vacation?  A Touring Plan is a great way to map out your time in the parks at Walt Disney World.  A Disney day plan can be simple or complex, slow or fast paced, a guide or a mission! Having the help of our professional Disney Travel Agents at Vacationkids can mean a world of difference to how much fun you'll experience.

END_OF_DOCUMENT_TOKEN_TO_BE_REPLACED 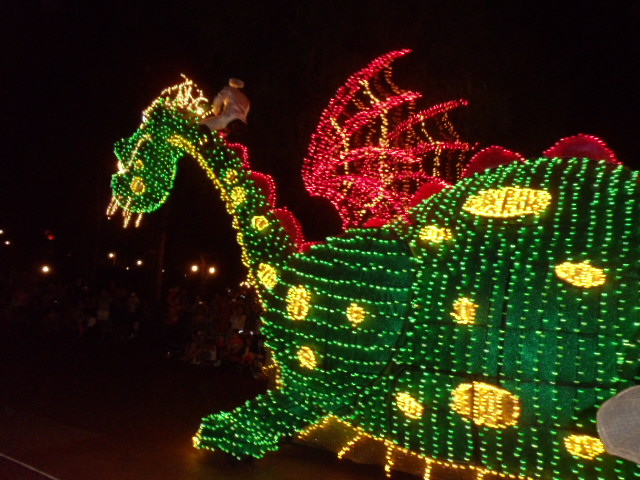 There is a lot to see and do while you are in Walt Disney World!  Throughout the four theme parks you will enjoy rides, shows, character meet and greets, and parades!  For many guests the parades at Disney are a highlight of their vacation!  Whether you arrive early for the perfect spot or watch from a distance you are sure to be left with a lifetime of memories.

END_OF_DOCUMENT_TOKEN_TO_BE_REPLACED 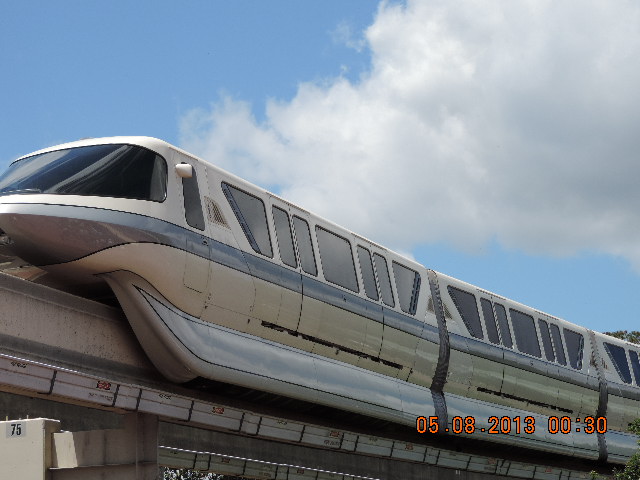 
I would be shocked if you told me that you had not heard of the Walt Disney World Monorail.  I am a huge fan of the Monorail system and have utilized this free transportation system at Walt Disney World many times!
The Walt Disney World Monorail opened along with the park on October 1, 1971.  It has expanded and improved over the past forty plus years.  Each of the twelve Monorails has six cars and can carry 365 passengers.  They travel on rubber tires on concrete beams which are supported by concrete columns.  The entire track is 13.6 miles and will carry an average of 150, 000 people per day.  It can be used one hour prior to the earliest park opening and one hour after the latest park closing.  The cars are air conditioned and the doors open automatically.  Passengers can sit or stand in the cars and there is space for strollers. Castmembers are available at all time to assist any passengers with mobility issues or special needs.

The Monorail is just one part of the Walt Disney World transportation to various locations or as a fun ride to see some of the sights in Walt Disney World.  The Monorail offers two routes with stops in different locations.
Route 1 stops at the following:
* Magic Kingdom
* Disney's Contemporary Resort
* Transportation and Ticket Center
* Disney's Polynesian Resort
* Disney's Grand Floridian Resort & Spa
Route 2 stops at the following:
* Transportation and Ticket Center
* Epcot
If you find yourself at Epcot and you want to get to Magic Kingdom you can board the Monorail at Epcot and take it to the Transportation and Ticket Center, you will then need to board another Monorail that will take you to the Magic Kingdom and vise versa.  Everything is clearly labeled and announcements are made during your ride, but if you miss your stop on Route 1,which I have done, DO NOT WORRY!  The average speed of the Monorail is 40 miles per hour, sit back, relax, and when you loop around to Magic Kingdom (the second time), simply exit the cab once it has stopped and the doors have opened.
For some Disney fans the Monorail is more than just transportation, while you await the arrival of your Monorail, take note of the color stripe or special scheme.  Three of the Monorails have a Delta line to differentiate them from the other colors.  Some fans can tell you all the colors and schemes that have existed over the years and chances are, if you're a super fan, you've ridden all of them, too!
The current colors are:
* Red  * Orange  * Gold  *Yellow  * Peach
*  Green  * Blue  * Silver  * Black
* Coral (Delta)  * Teal (Delta)  * Lime (Delta)
Recently I saw that an original Red Monorail car had been listed on Ebay for $189, 000!  I am not sure what you would do with a Monorail car if you bought one, but no doubt this particular Disney fan had something magical in mind.
From time to time the monorail cars are "wrapped" to promote special events or movie premiers.
If you are a big Star Wars fan, be sure to listen closely as the announcements are made along your Monorail ride. Tom Kane who voiced Yoda in the series, Star Wars: The Clone Wars, is the currant narrator!  Sit back, relax, and enjoy the ride!
END_OF_DOCUMENT_TOKEN_TO_BE_REPLACED 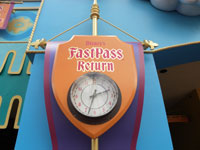 If you are new to planning a Walt Disney World vacation there are a lot of things you may not be familiar with.  Once you have sorted out what a Base Ticket is verses a Park Hopper Ticket and about a zillion other options you will start to realize that there are even more details you need to navigate.  Don't worry, we're here to help!  If you have a question about park hours, Extra Magic Hours, Times Guide, or anything related to your "time" at Walt Disney World, just ask!

END_OF_DOCUMENT_TOKEN_TO_BE_REPLACED 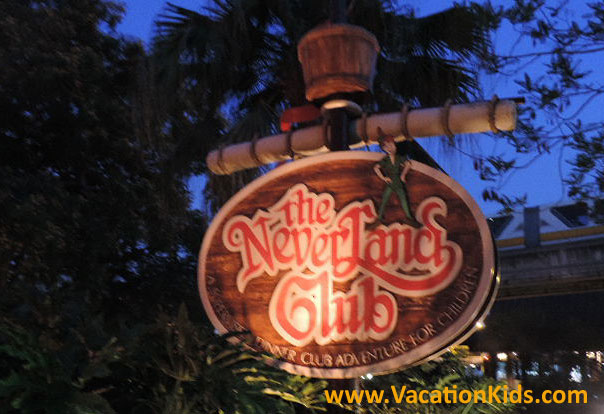 Disney really has families in mind when it comes to vacations.  Family time is important, but so is adult time, away from the hustle and bustle of daily life.  Vacations are a great way to relax, recharge your batteries, and reconnect with your loved ones and friends without the daily activities at home.  A Disney vacation allows families the best of both worlds, a family vacation with an adult vacation all rolled in to one!

END_OF_DOCUMENT_TOKEN_TO_BE_REPLACED 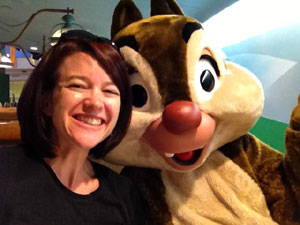 Character Dining is an extremely popular experience at Walt Disney World!  There are plenty of options available.  You can dine with both costumed characters and face characters.  You can go during breakfast, lunch, or dinner.  You will have a chance to take pictures and have autographs signed while you wait for your food and eat your meal.  The best part of the character dining experience is that you will not need to wait in line!

END_OF_DOCUMENT_TOKEN_TO_BE_REPLACED 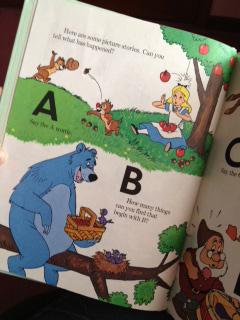 If someone asked you who Mickey Mouse was, you would know.  If someone asked you who Elsa and Anna were, chances are pretty good you would know who they are, too.  (Perhaps Hearing my daughters sing Let It Go, would help.)  It is hard to imagine a world without the one that Walt Disney created for us.  We are all affected in some way by Disney, whether it is watching a Disney movie for the millionth time with your three-year-old, planning a trip to Disney, reliving your own childhood Disney memories, or picking up a birthday card and seeing that a few of the selections include Disney Princess's or even the Mouse himself.  Disney IS fascinating for so many reasons!

END_OF_DOCUMENT_TOKEN_TO_BE_REPLACED 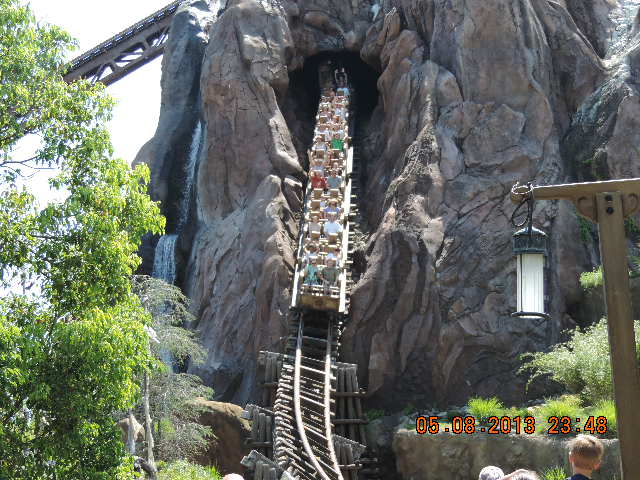 I am not a huge fan of roller coasters, they scare me!  However, I will ride them, and I will usually scream and hold on tight the whole time!  Even the kiddy coasters scare me, but my kids love them, so I will ride them for their sake.  For those of you who love roller coasters and throw your hands in the air as you come down the hills, Walt Disney World is ready for you.  Each of the four theme parks have some type of roller coaster or thrill ride for you to enjoy and ride over and over again!