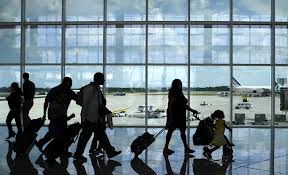 You're searching for flights for your family's vacation and you realize you  can save some serious money by buying  Basic Economy class tickets.

Should you do it?

Straight up answer - "it depends"

Read on to make sure you  fully understand what you’re signing up for before you hit that “Book” button.

First off, what is it?

Consumers are familiar with some of the "no frills" airlines out there like Spirit, Frontier andAllegiant. They offer travelers a super cheap price and then charge for services like selecting your seats, luggage, carry on bags, boarding priority and more. Often if you sit down and compare the all these additional "nickels and dimes" you'll realize the total price isn't as great a deal as you initially expected. Still excited travelers are lured in by that initial super cheap price.

The airline big guys in the United States - Delta, American and United - are struggling more than ever to compete with these low-fare airlines. Once upon a time, they would match the rates of their competitors on a certain itinerary to drive business. Their operational costs were much higher. So how can they compete?  By using the proven business principle of "if you can't beat 'em, then join them"  the major airlines found a way to stop losing profits.  So they created "Basic Economy" class service to compete with no frill competitors. This gave them the illusion of being competitive so they too could attract those customers willing to forego certain services in order to save some money.

As the name implies, Basic Economy flights come with basically no additional flight amenities or services like:

What does it mean to me?
Like we said, it depends on your personal situation.  If you've found a dirt cheap flight to visit your sister, can ship the clothes you need to her house  in advance and have older kids that don't mind sitting alone then SCORE!  Otherwise, it's important to fully understand what you're signing up for...

No Changes or Refunds... Period!

The first big item to note is that there are no changes or refunds allowed. It doesn't matter how tragic your sob story is, the airlines don't care.  By buying a Basic Economy ticket you've entered into a contract with the airlines and clicked onto those "terms and conditions" that you didn't bother to read which would have explained all of this.

Hopefully you went ahead and booked the travel insurance because if you don’t get on that airplane, that ticket is gone. How bad is that compared to other fares? Well, Delta for example charges a $200 change fee now if something happens and you can’t fly. If your ticket was under $200, then it’s basically forfeit anyway. But if it’s a more expensive ticket, and something came up, that could be useful. Bottom line, there’s no opportunity to use the value of your ticket on any other flight for any reason. Again, if you book the travel insurance, this and a myriad of other worries can go away.

You will sit where they tell you to sit....period!

The other big difference is that your seat is assigned when you check into the flight. You cannot go online and select seats with your family in advance, you are assigned a seat 24 hours before takeoff. How important is that to you? If it’s a relatively empty flight, they’ll assign you to the best available seats, together, and everything will have worked out  peachy. If it’s a full flight? Well once I booked Basic Economy on Delta for a party that included myself, my husband, and my then 4 and 1 year old children. The flight was very full, so we were assigned to 3 middle seats, one behind the next behind the next. That is technically speaking seated together, as required because of my 4 year old. As I had the baby in my lap, the passenger next to me gladly swapped with my husband, even in a middle seat, to avoid sitting next to a wiggly infant. My 4 year old sat in the row behind us and regaled the other passengers in his row with tales of Pokemon for the hour and a half flight. It wasn’t so bad, but I wouldn’t say it was so good either. Another concern is that if the flight is oversold, a common practice among airlines, then you don’t actually have a seat and are at the greatest risk of being bumped if they can’t get enough volunteers.

This means at very minimum you'll be paying for additional checked luggage fees.  If you're flying with toddlers or an infant remember all of their food, diapers, formula and toys will need to fit under the seat in front of you.

Also remember, boarding passes clearly state that you are a "Basic Economy" passenger. If you show up at the gate with large carry on bags thinking you're sly or pleading ignorance those tricks won't work.  You'll be charged an even higher price to "gate check" those bags.  This is why "Basic Economy" passengers board last - because airlines have witnessed every trick int he book.

The decision is entirely yours to make. If you’re on a short flight, your kids are old enough to fend for themselves (would not recommend for the under 5 crowd), you understand that you may not sit together and that doesn’t bother you...go for it. Me personally, for $20 more per ticket, I’d probably just pay the extra and sit together with my family.

Carrie has always loved getting out and exploring parts unknown with her husband - then her two sons showed up. Adventure travel and world exploration can still be done with little ones simply by making a few adjustments. Having young children shouldn't stop you if travel is your passion. Carrie believes sharing your travel passion is the best experience and memories you can give to your kids.