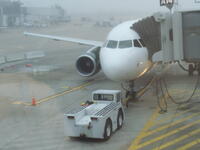 Planning a budget is an important step in vacation planning. It's easy enough to click onto any major online travel website, type in your departure airport and dream destination and voila! You know the price of airfares.

But do you really?

The advertised cost of your airfare may not be the price you'll ultimately pay due to airline fees. The airlines tack of fees for just about every imaginable travel situation from preferred seats and boarding to food and beverages. When some airlines started charging for luggage, savvy travelers scaled down to just carry-on bags. Now some airlines are also charging extra for carry-on bags. Some airlines now charge you for the privilege of speaking to a human being to make your reserations and God forbid if you need to change your plans!

These airline fees can add some considerable coin onto the advertised price of that airline ticket price. Considerable indeed because according to the U.S. Department of Transportation, the airlines collected $6 billion last year on just luggage and ticket change fees.

Most travelers don't consider or calculate all of these extra airline fees into their vacation planning budget.  They see a ticket priced $30 per person less and it's click, Score and "high fives" all around. "I just saved my family of four $120 - Sweet!" It's a bit too late when they arrive at airport check-in and have to pay $25 dollars per carry on and $25 per first checked bag times four people - each way! That's an additional $400 added to the price of that cheap airline ticket.

So why are the airlines so shady and how come the government lets them get away with these sneaky tactics?  This is false advertising - right?

The airlines and government have been battling about all this for some time and actually it has to do with taxes.  It used to be that folks went online, saw a great price for an airline ticket and said "Booyah, Caribbean here we come"! Then after filling out all their details and getting to check out, the government added their taxes and it was more like "WTF"?

Bundling airline ticket costs with government taxes meant sticker shock for many consumers. Of course the airlines took the heat for all this. Even though fuel and cost of living prices were going up, raising prices would make them look even worse. This is why many airlines took to the "ala carte" list of fees.

Now the airline industry is waving their finger back at the government. They want Congress to pass the Transparent Airfares Act of 2014 which would again allow airlines and ticket sellers the ability to separate base airfare from taxes. Why would a step backwards be good for consumers?

The argument is that when a consumer prices an item in a store, they understand applicable state and government sales taxes will be applied at the register. The problemw with this argument when applied to airfares is that most consumers assume the taxes on airline tickets would be in the typical 5-7% just like other commodity items. Thanks to numerous government taxes and fees, it's really more like 21% in taxes. Airline tickets are taxed like a luxury item while consumers are treated more like cattle.

To make matters even more confusing, your taxes will different with every flight. For example the government charges a segment tax. Basically every time you take off, that's a segment. If you will be flying on roundtrip connecting flights, that means segment taxes times four. If it's a nonstop flight, you'll only be paying twice.

To make matters worse, Congress has failed to pass a budget for the Federal Aviation Administraion. In addition, the laws governing the amount of taxes the government can impose on airlines have also expired. From a consumer's standpoint, the government can keep imposing and increasing taxes which in turn means the airline will continue to create more fees to recoup costs.

So what's the Bottom line for consumers trying to budget for a desperately needed escape for fun and sun?...