Travelocity Merges with Expedia - How This Effects Family Vacations 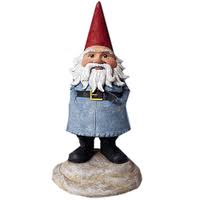 Why is it that some of the biggest industry announcements are always made late on a Friday afternoon? Maybe the Travelocity gnome knows?

In typical corporate-speak, it was announced on Friday that Travelocity and Expedia will "joining forces in an innovative long-term strategic marketing agreement".

I know everyone wants to sell more hotel rooms but this is one of the strangest unions of bedfellows I've ever seen, and I've seen it all. I started working for a little company back in 1994 that had the very first online booking engine for airline tickets and the first website offering consumer hotel reviews in 1995.  This was back when everybody said people will start booking travel online when pigs fly. We all know there are lots of flying pigs up in the skies these days.

A quick little history lesson....Back in the ancient times of rotary dial phones, folks could only buy airline tickets and make hotel reservations through their local travel agents. Travel agents were the only people who knew all the secret computer codes and had access to the reservations systems used by airlines and hotels. Over the years, there were only a handful of these airline and hotels reservation systems ever made, mainly Sabre, Amadeus and Worldspan. Each of these reservations systems were owned by different groups of airlines. Each would return different results when you searched for airline tickets based on algorithms and favoritism. All of these systems were originally built with the capacity to handle a few thousand travel agents and airline reps.

When the internet arrived, there was a mad gold rush to link the world wide web into these old systems giving the masses access to book their own travel. My old company figured it out in 1994.  Travelocity was built in 1996 on Sabre platform and Expedia arrived with all of Microsoft's money in 1998 built originally on Worldspan. My old company was bought by Amadeus in 1999 to the tune of millions in order to acquire our technology. It cost all of these companies millions of dollars to scale up these old res systems so that millions of internet users could shop for airline tickets simultaneously.  The race was on!

Since that time, Travelocity and Expedia have been extremely, fierce rivals.  Then on Friday, the gnome raises the white flag and says we are now going to let Expedia build our new website, on their reservation platform because we're done investing and this will cost us much less money.  Basically the back end "guts", they way future consumers will search, price and book travel on either Travelocity or Expedia will be EXACTLY THE SAME.

No doubt the new Travelocity website will have it's cute little gnome as they have done a fine job with their branding and marketing. Folks LOVE the roaming gnome! But once they start searching for travel, they will find the exact same things as if they had gone to Expedia in the first place.

Less competition is never good news for consumers. Consumers will think they have done their diligence finding the best pricing when in fact they are wasting their time, spinnning their wheels.

While Expedia is monopolizing U.S. travel bookings they are off pointing a finger with an anti-trust lawsuit in Europe claiming unfair search tactics on Google. Makes you scratch your head and wonder.

So back to the little old travel agents, like myself. When I lost my job back in 1999, why didn't I take one of the job offers by my competitors?  The main reason was family. I was done with all the corporate "stuff" and preferred to spend my time around the people that I loved. Secondly I knew people would still need human intelligence, personal advice and connection. Look at that little website www.facebook.com that has popped on the scene in recent years. When travelers go to book their vacations online, they are quickly overwhelmed with a vast amount of conflicting information. People need help from other people, not online booking engines.

The good news is that we travel agents are not "extinct like the dinosaurs" as predicted by Travelocity and Expedia back in the day. After all of this bickering and millions of dollars in technology, 51% of all U.S. travel is STILL booked by travel agents. Thanks to fair trade laws we can match prices consumers see on Expedia or Travelocity.  We still have the edge and I think this number will swing more in our direction after announements like this one. We are the ones with access to different unbiased sources and can offer more competitive pricing than what consumers see online. We can find our clients the best values and give them the service and support that they simply will never get from the gnome....no matter how cute he is.